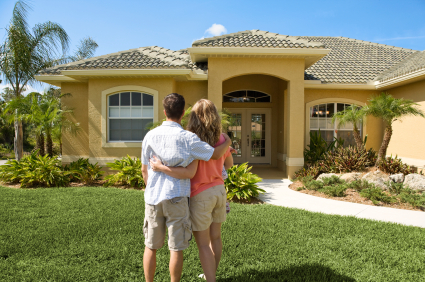 I would like to share with you some thoughts i am having. these are parts of my soon complete dissertation. Comments and suggestions are very welcome. hope you can enjoy it.

Housing. Part 1. what is the home?

“ It is (the home), most basically, shelter from the elements; it is security and privacy from the outside world; it is space in which to relax, learn and live; it is access to more or less comfort, but the home also places the household in a specific neighborhood context which may influence accessibility to relatives, friends, shopping, leisure, public services and employment ”. (European parliament)[i]

The home is something we all consider to be a protected place for our families and ourselves. It is a civil right of a first degree as we consider it a shelter. The home is also a status, a demonstration of possessions and a dream. Many people spend most of their earnings on the house (approx. 30% of the income in USA and Europe).

The concept of the house and the home as we know it today has changed radically in modern times. Most people in developed countries perceive the home as a private space. A place separated from the outside public space and where people can also find inner private rooms to isolate themselves from others. Housing in Europe in the middle ages had basically no private spaces. The same spaces were used for living, working and sleeping. The concept of the bedroom in fact, is rather new. If you ask people what is the most private space in their house they are likely to answer the bedroom or the bathroom. Both of the rooms are new concepts that were integrated into houses mainly after the world wars[ii].  When we think about the home we think about a place that hosts one or more members of the household, divided into rooms that have specific purposes. In his book “species of spaces”[iii] Perec describes the apartment as a together of rooms where people do various activities. He describes the use of the house by the people living in it putting an emphasis on the single rooms. By doing that, he creates a caricature of the house uses. He also asks if it is really necessary that the rooms would be divided by the activities and not by other means. In his ironic way, Perec draws conclusions on the apartment: “two elementary conclusions may be drawn that I offer by way of definitions

1. every apartment consists of a variable but finite number of rooms

2. each room has a particular function “

Those rooms, so much isolated and specialized are pretty new. In fact, the corridor that allows rooms to have a single entrance is an invention from about 100 years. Until then, rooms were connected and had often two doors. Therefor passing inside a room just to reach another one was a normal thing to do. Corridors “were developed as a tool to separate different groups of people – the servants – from the served, the jailed from the jailors, and workers from distractors. By separating circulation from destination, they increased the efficiency through which people could move through buildings, while at the same time turning rooms into a series of dead ends” [iv].

The house quickly became a private space where one can decide to not come and interact with the other people inside. Some rooms remain “common” like the kitchen, the bathroom or the living room. Nevertheless, more and more often the bedroom in modern houses includes a private bathroom and a TV. This makes the occasions for encounter inside the house even less frequent.

The house is the institution of our age of abundance. If we have seen before how what we own is shaping our personal identity, where we live, is the space where all of those are collected and exhibited. Our personal identify is reflected in our homes.  The house is full with furniture, objects of use and decoration that personalize it and give it (and the people live in it) a unique image. In his book ‘dell’abitare’, Maurizio Vitta writes [v] : “A house narrate the resident, it draws its figure, it represents the resident in front of others and for others in the extent to which it is put into shape by those who live it."

The house and the home are of great importance to the modern western society. The separation from the outside, from the public sphere is probably what makes it so important. This is also relatively new. In many cultures, still the house is not a limit of proximity. People in Mongolia, for example will open the door of a tent any time they want just to look inside and see who is in there. The living tent has is by no means a separation. It is a shelter from the elements but not a barrier for other people. In the same way, the Mongolian tents are big living spaces that include all activities of everyday life. Only few families have their kitchen separated from the rest of the house. Private activities, like sexual relationships are actually happening outside the tent in the privacy of the dark night.

So, the house is a lot about balancing private and public space. in the next part i will talk about this balance and how is it different in different societies.

For our lesson on Housing , Social Design and cultural diversity