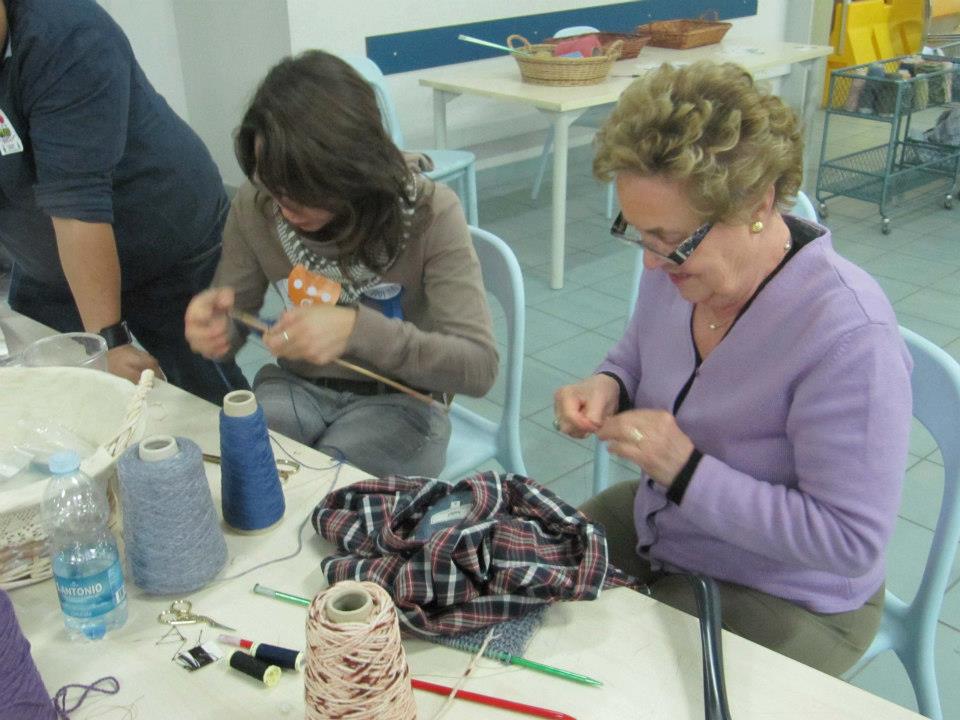 On how to open up hidden public spaces

Imagine to live in a small not so central neighborhood in a big city. Imagine not to have a lot of green areas and public spaces to enjoy. Imagine that on certain point, an important university campus is “landing” in your neighborhood. Students begin to come and spend the morning in your area, they then disappear in the evening and you don’t know what do they do there all day long? What is this university all about? This is the case of Bovisa neighborhood in Milan and the Campus of Politecnico di milano.
Some history:  Bovisa is an ex-industrial district. In the second half of the twentieth century it has been a subject of great change due to the removal of almost all the industries. The district was left with many abandoned areas that were soon to become a problem for the residences as they attracted homeless people, drug dealers etc. The quarter has lost its main reason of existence and did not initially transformed into a suitable residential area with appropriate public spaces. The population has become more and more mixed as immigrants came to the district.  Various project of re-construction of the area slowly began and the biggest one was the creation of two university campus for the Politecnico di Milano. Milano Bovisa Durando and Milano Bovisa La Masa are the two main campuses in the Bovisa district. The arrival of Politecnico di Milano in Bovisa area changed the district again, bringing in it young students and commercial activities related to them. The new life of the neighborhood has indeed brought to an improvement of public transportation and the building of new residential areas, but public spaces like green areas or equipped squares are still missing. The Milano Bovisa Durando campus, hosting the School of Design, was built by the end of the 90s on the grounds of “Ceretti & Tanfani”, a historical company producing cable railways and which made Bovisa a working class district.

Many of the people living in the neighborhood use to work in the former company.  The campus today is a great place, full with green areas and colorful buildings, but the gates around the campus make people think that the campus is private, when actually the open areas are public spaces. Hidden public spaces. This spaces can really improve the daily life of local people and give them opportunities to make communities and collaborate.

C’è Spazio Per tutti (there’s room for one more) is an event that first took place in November 2011 at the Milano Bovisa Durando campus of Politecnico di Milano, Italy, with the purpose of opening to the inhabitants of that area the public spaces of the university with a series of “toolkit”, aiming at understanding, observing and enjoying a public space. This event is the result of a one week workshop conducted by Davide Fassi.
Last year, one of the most successful ideas was to create a community vegetable garden in the campus. This idea was then develped and this year COLTIVANDO is actually happening. This year, there were many projects:
Quanto bovisiano sei? a quiz for the people living in Bovisa that will give them the acknowledgment of being “DOC” “ADOPTED” or “by CHANCE”. This has brought many people, mostly elderly people to talk about the space and tell the students about the life here before the campus.
Ricuciamo Bovisa: This project connects elderly (and not) women and the fashion design students in working on knitting and sewing activities. This creates intergenerational connections and fix some cloths on the way.
Second life 2: an activity for children creating objects from recycled fabrics.
Bovisa Mission: dedicated to children that have to create objects around the campus and then complete a big puzzle.
Bo-legge: a space for sharing books and reading together.
Laborastorie: showing the campus workshops to everyone that wishes with a guided tour
Punti di vista: discovering the campus with postcards showing the past, the present an even the future.
Beyond the actions, the students were responsible to the communication and management of the event. one of the most important moments took place in the weekly local market.

This one week action with 60 students and 450 euros of budget, shows how much can be done for improving the places we live by opening up the spaces. We hope that many of the ideas that were prototyped during these days could actually become stable.
More about c’è spazio per tutti can be found here:
http://cespaziopertutti.posterous.com/
http://www.facebook.com/cespaziopertutti2012?ref=ts&fref=ts